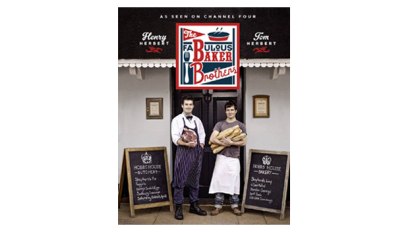 I decided to buy this book after watching the Channel Four programme of the same name. (You can catch up here.) A cookery show offering two new faces to British television; a show with so much eye candy it quite frankly left me with a bit of a toothache.
Each week, armed with flour and fire, brothers Tom and Henry Herbert, (a fifth generation baker and butcher respectively) give us 30 minutes of no-nonsense and theoretically idiot-proof recipes.
Well, that and a huge side helping of increasingly infectious innuendo and somewhat cheesy dialogue I never thought I would grow to love.
Quite simply put, this is one of the most beautifully written cookbooks I’ve read and a quite unconventional one compared to most. I was expecting to flick through a ream of recipes, but what I got was quite different:
Within two minutes of cracking it open, I was in my fluffiest robe and curled up on my sofa-leaving my sister to hold the fort in the kitchen. (Incidentally we were making a toad in the hole from this week's show.) I sat and read the whole thing, cover to cover.
I decided to read other reviews before writing my own, which is unusual for me and was surprised to see how many people didn’t take the book in as a whole. After all, this isn’t just a book of recipes.
The first two chapters, ‘An Introduction to Hobbs House’ and ‘The Baker’-swept me away to an unadulterated world of magic. It’s an inspiring story of a hard work ethic being passed down through the generations and it’s difficult not to hold them in a high respect because of it.
Occasionally, I read excerpts aloud to my sisters and the words just dripped from my mouth like honey. ‘Passionate’ just isn’t a strong enough word to describe these two, at times I felt I could literally taste the love they have for what they do and this is before I got to the recipes!
Of course, it was probably over romanticised in my head-as things usually are.
Having an insatiable capacity to learn, the recipes themselves sent me in a frenzy of excitement*. They start off basic and increase in difficulty in the latter part of the book, it’s a good method to build up the confidence of novice bakers such as myself.
I have to admit, I’ve not tried out anything from this book yet-but only because I don’t know where to start; I just want to do it all at once. I know I’ll never fully master any of it-but trying to is going to be half of the fun; the other is feeding my wolf pack of a family.
If there is a food heaven, I think I've just found it.

* A lot of people seemed to be disappointed that the recipes from the show weren’t included, but you can find all those here. Problem solved, really. Shame on you, low rating amazon users!
Posted by Kaveeta at 11:09